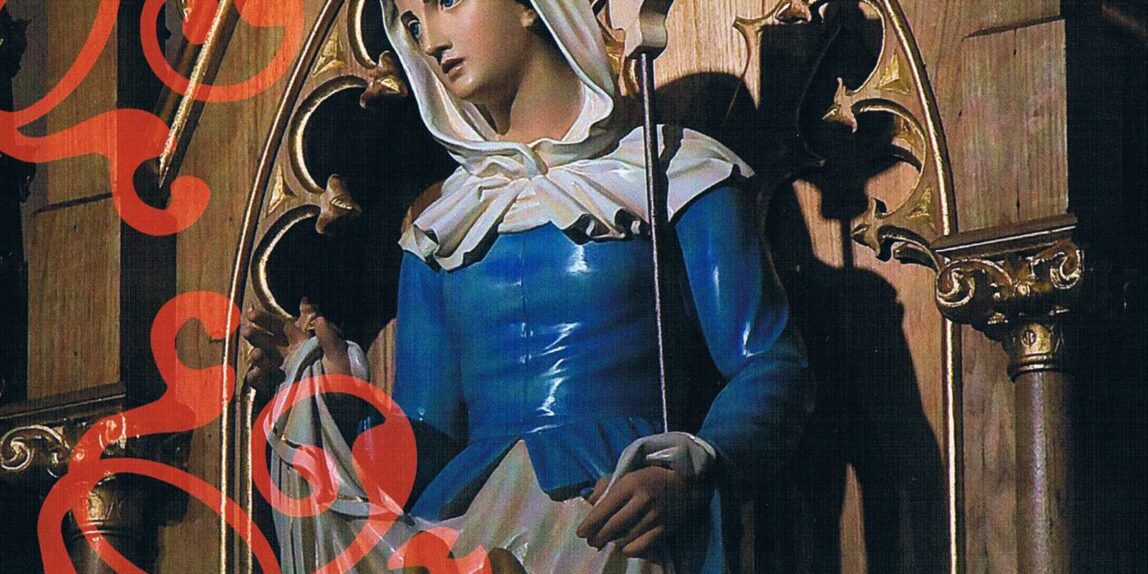 Saint Genevieve was born in Nanterre, France in 422. Under the direction of Saint Germain of Auxerre, she consecrated herself to God and when she was fifteen she became a nun.  She devoted herself to prayer, mortification, and works of charity.  When Paris was threatened by Attila the Hun in 451 she encouraged the inhabitants not to flee, and it is thought that through her prayers Attila was diverted away from Paris.  She brought grain to the starving city in 464 during Childeric’s siege of Paris and help to liberate captives during Clovis I reign.  Saint Genevieve died in Paris in 512.

In 1129 a pestilence broke out in Paris, and in a short time it killed fourteen thousand people.  The day that the reliquary of Saint Genevieve was carried in solemn procession through the city, the epidemic ended. This was but the first of a series of miraculous favors which the city of Paris obtained through the relics of its patron Saint. Today the relics of St. Genevieve are at the church of Saint Etienne-du-Mont in Paris. During the 17th and 18th century, the chruch of Saint Eitenne-du-Mont enjoyed great prestige. It was the scene of great processions where the shrine of Saint Genevieve went to the Cathedral of Norte Dame and subsequently returned to its church.

Our beautiful statue of St. Genevieve was imported from France before 1881. It was shipped by railway to Kansas City, and brought to Las Cruces by ox cart. Her Feast Day is January 3.